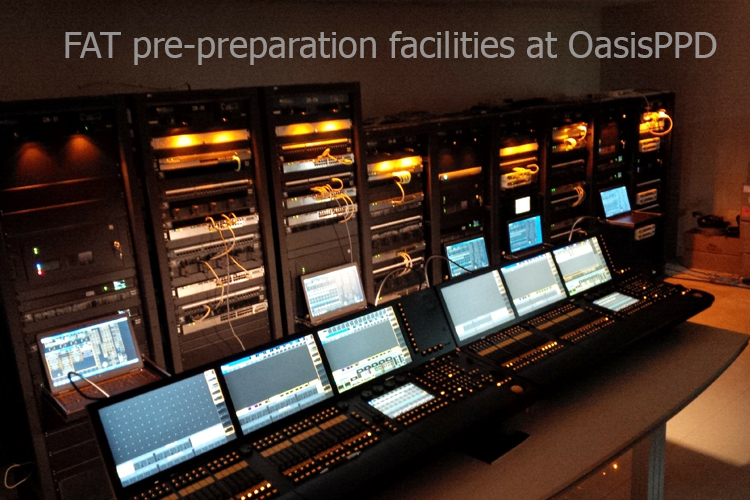 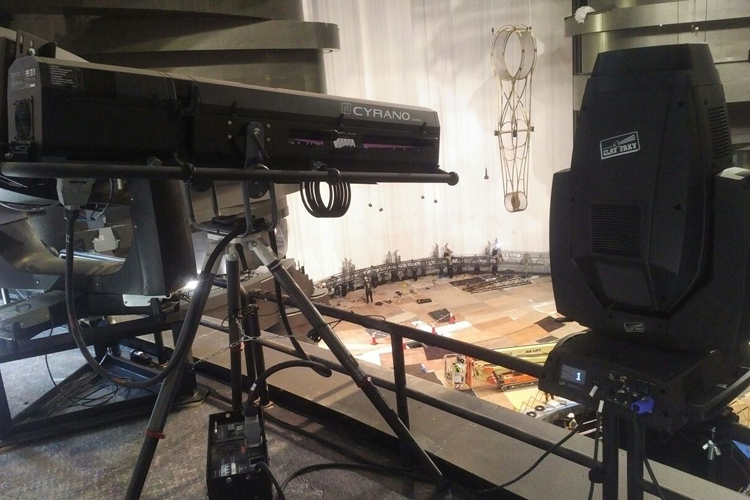 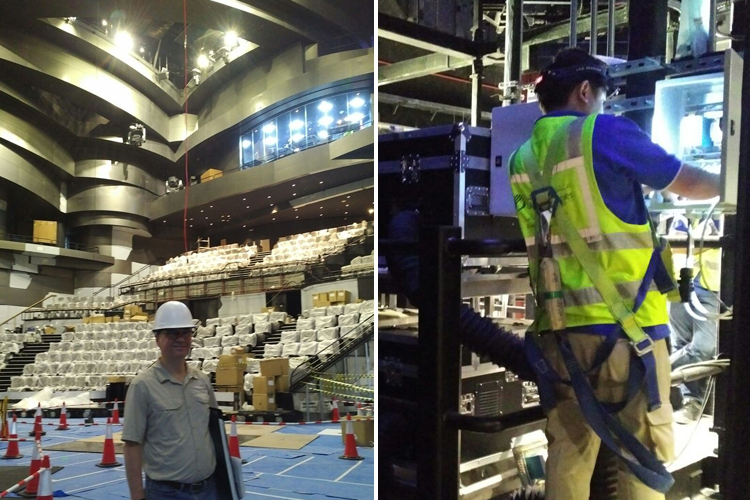 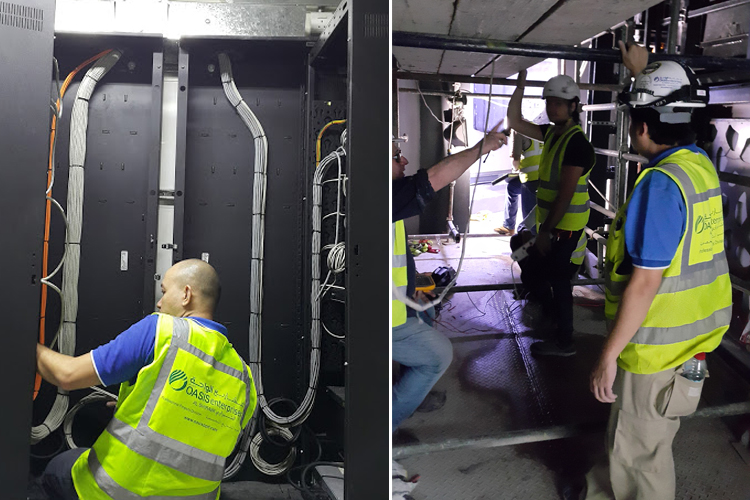 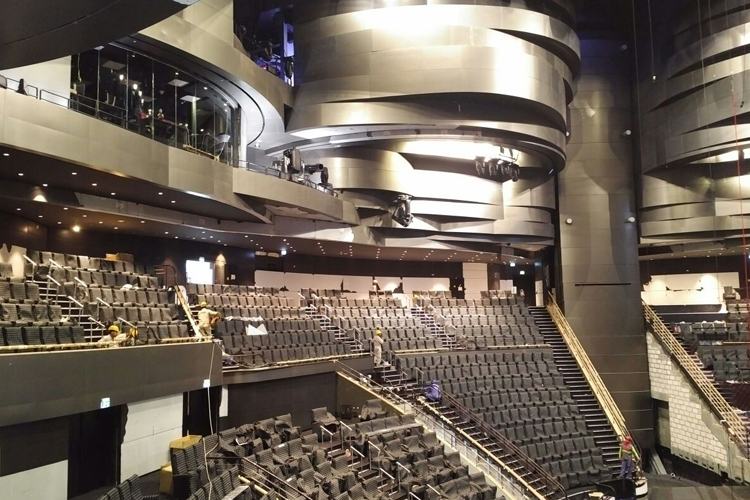 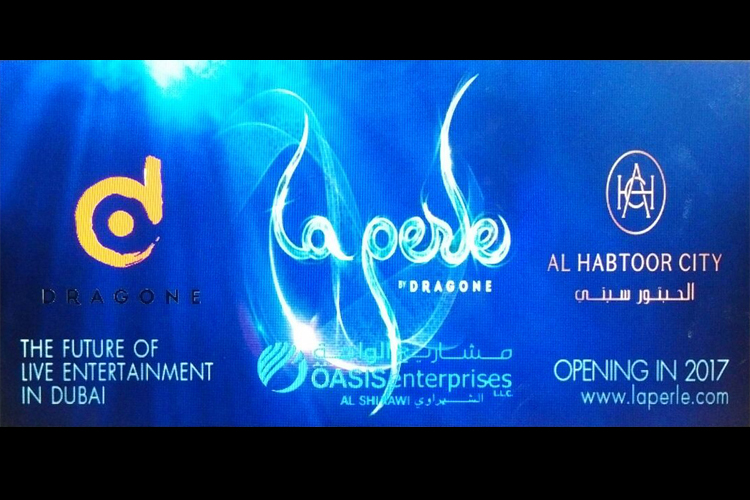 “Dubai’s one of a kind live masterpiece” La Perle, created and produced by Franco Dragone, opened its bespoke 1300 seat Aqua Theatre at the end of August. With over 2.5 million litres of water and 450+ performances every year the technical systems needed to be of an extremely high standard to maintain the total interactive immersive experience of the theatre and show. Auerbach Pollock Friedlander (APF) New York were engaged as Theatre Consultants by Al Habtoor Group and selected Oasis Enterprises as sole supplier for Production Lighting, Special Effects and SFX Emergency Stop systems.

Two MA2 Full size consoles with an MA Lite for SFX were selected to provide the operators with control of 7 ETC Sensor ESR48 systems powering 150 moving lights, 84 conventional tungsten luminaires and 103 LED wash. This was complemented by 150 underwater fixtures below the action in the pool and 4no. RJ Cyrano followspots from high above. The system was put through its paces during the Factory Acceptance Test (FAT) in the Oasis Enterprises dedicated rack build and test facility in Garhoud before shipping to site. The full complement of 10 equipment racks with configured network switches and ETC’s Unison Paradigm system were tested over the two days. “We have invested heavily in our FAT and luminaire pre-preparation facilities over the past few years which pays off when testing and breaking things in one room”– quoted Basel Al Aref, Oasis Enterprises GM. Equally happy with the results on a technical level, David Gray (Architainment Division Manager) noted “With so much reliance on networking for lighting systems these days, having Cisco trained engineers on hand while snapshotting looks from the MA system to ETC’s Paradigm solved some unforeseen networking issues in 5 minutes that would have taken an age on site if not spotted before hand”.

Construction of bespoke show theatres is a challenge from Las Vegas to Macau and the Dubai project for La Perle was no different. Most of the special fog effects are combined with manifolds build into the structure of the theatre. Several effects were designed around low fog generated by 90 machines in turn fed directly by water rather than more traditional dry ice reducing setup and operational costs significantly. Custom DMX damper manifolds were developed to allow precise control over the fog in the ducting systems. Combined with 80 DMX controlled fans, 10 snow machines and 50 traditional smoke machines – the combined effects in the show are stunning. FAT was also carried out on the effects systems in the Oasis Enterprises facility to test latency for dampers and provide some visibility of smaller parts of the overall effect.

Installation supervision was handled by the Oasis Enterprises Project team and with an established site base, always on hand to deal with challenging construction issues or co-ordinating the overall installation with the MEP contractor. “When your systems are interfaced with BMS to turn OFF Aircon for specific effects – you can end up unpopular if the programming is not accurate”…

Truly “La Perle” is a Jewel in the City!

The September/October 2017 issue of mondo*dr