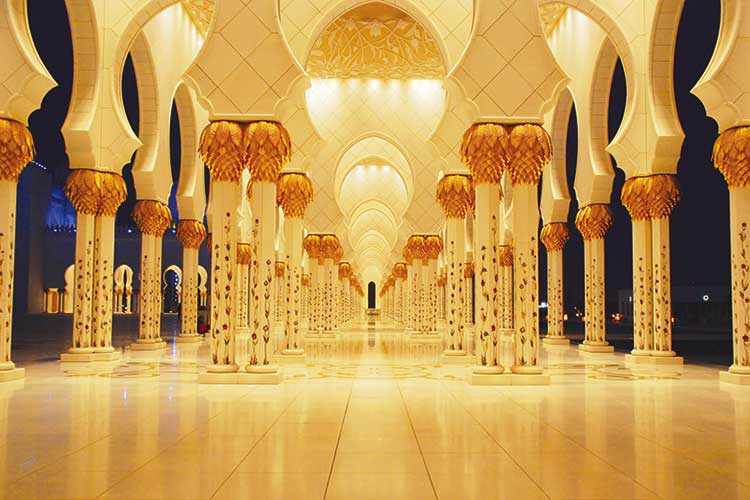 UAE: Abu Dhabi’s Sheikh Zayed Bin Sultan Al Nahyan Mosque (also known as the Grand Mosque) has been awarded two more awards for its lighting design. US trade body ESTA named ETC and Martin Professional winners of the prestigious Rock Our World Awards which recognise outstanding, innovative achievements by ESTA members. Only a few weeks earlier, the Germany-based Professional Lighting Designers’ Association presented the Grand Mosque with a Recognition Award for Best New Project. Other awards bestowed on the Grand Mosque in the past have included the IALD Award of Merit, IES Award of Excellence and two Middle East Lighting Design Awards for Project of the Year and Best Public Building Lighting Project.

The lighting for the Grand Mosque has been designed to mimic the phases of the moon, so at a full moon, the building is white, and for the new moon it is blue; every day there is a change. In addition to the color change sequence, ‘clouds’ glide across the building as though they were moving from west to east, clearing from Mecca. This was achieved using a series of building-mounted and totem-mounted rigs 65 feet off the face of the building, from which light is projected.